The Hyundai NEXO is the future of motoring right here, right now. It’s powered by a hydrogen fuel cell, which powers a battery, which in turn powers an electric drive motor. The benefit of the hydrogen fuel cell is you fill up with hydrogen at a pump in just a few minutes. The hydrogen charges the battery, so the NEXO effectively does away with the big disadvantage of electric cars - charge time.

If that wasn’t enough, one tank of hydrogen delivers 413 WLTP miles. That’s the same as a normal car. Another benefit of hydrogen is it is cheaper at the pump than petrol and it takes no longer to fill up. The NEXO isn’t tethered to the wall, setting you free. It’s also lighter and more nimble than an equivalent electric car.

The NEXO is a beautifully detailed machine. The narrow LED headlights are shaped into the front grille, with broad shoulders and a sporty stance willing you in for a drive. The interior is even sweeter, with plush materials and a digital dashboard.

Filling up with hydrogen takes 5 minutes at the pump, giving you a 413-mile range. The powertrain is near silent with no rattle. It emits nothing but water from the tailpipe and the suspension has been tuned to deliver supreme comfort.

The 461-litre boot is big enough for weekend getaways and there’s plenty of cabin space for a family of five. There’s a Smart Electric Tailgate for easy boot access, and passengers will be pleased to know there are rear outer heated seats.

The 12.3” touchscreen and 7” digital instrument cluster combine to put you in complete control of every journey. A Smart Electric Tailgate, Remote Smart Parking Assist, heated and ventilated front seats and keyless entry are standard features. 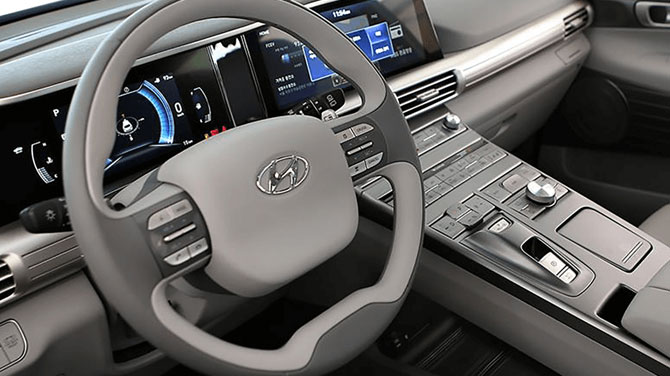 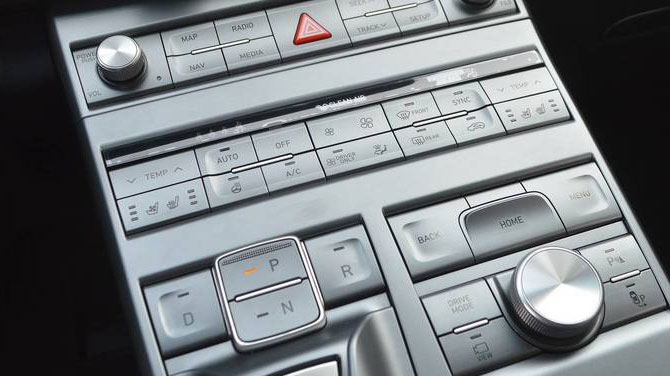 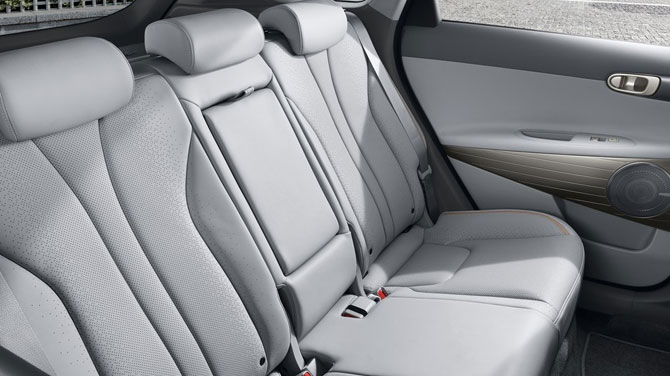 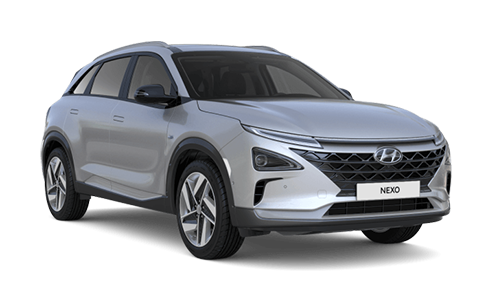 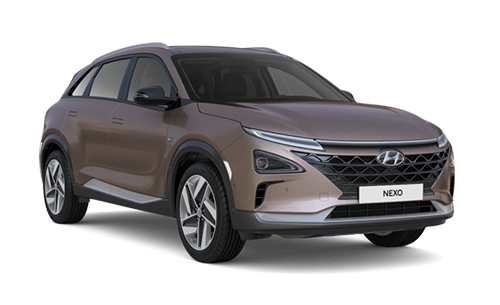 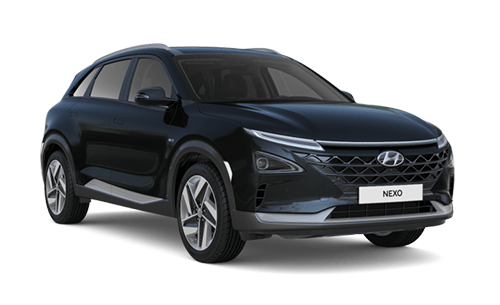 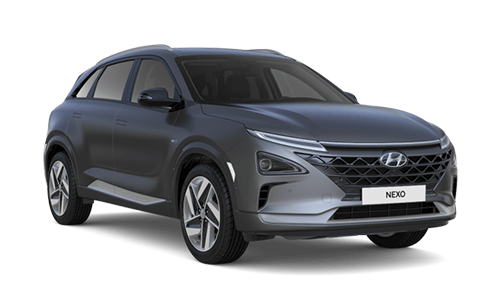 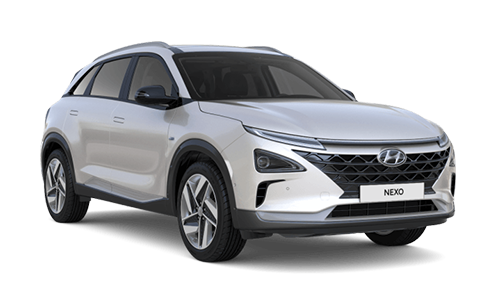